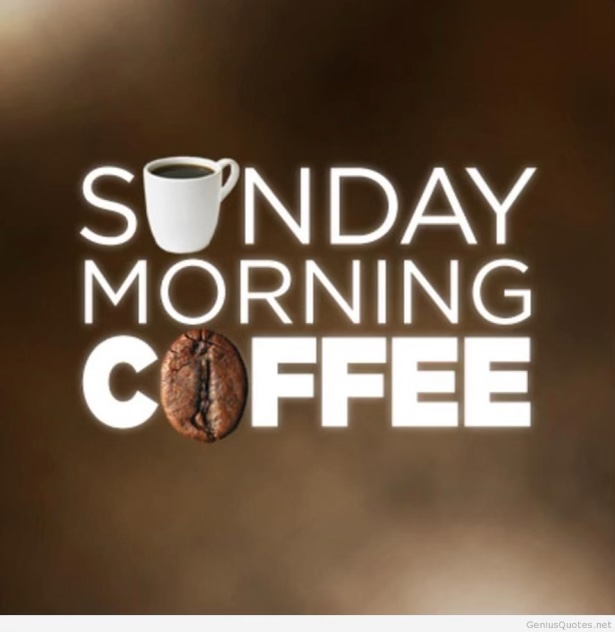 We were overwhelmed last week with comments about Sunday Morning Coffee and our ode to Ibis. Thank you one and all. Your sentiments were so meaningful to Andi and me, and through your thoughts we were able to spend one more day with our king. The comment that made me chuckle however, was from former ESPN Emmy Award winning interviewer Roy Firestone who, on his Up Close show, earned the reputation of making his interviewees cry. In the 1996 hit movie Jerry Maguire there was the memorable scene where Cuba Gooding Jr. in the role of football phenom Rod Tidwell told Firestone while being interviewed, “I’m not going to cry, Roy” before he broke down in tears. After reading SMC last week, Firestone a dog lover, wrote and said, “Just a terrific piece. You finally made ME cry, Roy!” 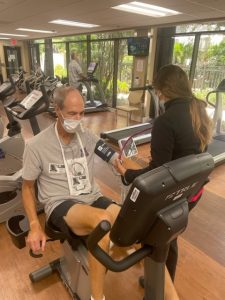 Thursday will be the fifth anniversary of my five artery heart bypass, forevermore known as cinco-de-bypass. I just got back from Jupiter, Florida, to visit my younger brother Mike who had a quad bypass late last month. He is looking fit and doing great. Our warning signs were very similar: fatigue and shortness of breath while exercising, otherwise no signs of imminent danger. Now we have nine bypasses combined. Meanwhile, our kid brother Kenny phones his cardiologist three times a week.

I flew jetBlue for the first time to South Florida last week. I’ve heard for years how wonderful the jetBlue experience is. A reasonably on-time arrival and return canceled out the free Wi-Fi and DirecTV that didn’t work. For me the whole thing was a shoulder shrug. I am a Southwest guy and jetBlue is Southwest with reserved seats. And that’s not a bad thing.

Three legendary losses in the last week. First sportscaster Vin Scully, the best of the baseball best, passed at 92. His classic line about my favorite player ever, Roberto Clemente, was “Clemente could field the ball in New York and throw the guy out in Pennsylvania.” Bill Russell, 88, the biggest winner ever in professional sports with 11 rings in 13 seasons, even though he played in an era where his talent on the defensive end was always overshadowed by Wilt Chamberlin’s offensive productivity. All Russ did was win. And a few days ago we said goodbye to Olivia Newton John at 73. There was nothing not to love about that lady. 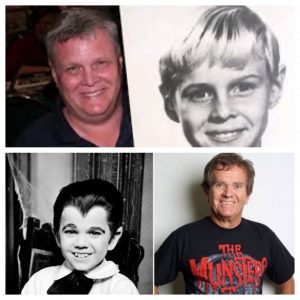 Jay North and Butch Patrick, then and a few years later.

Happy birthday e-cards go to Norman Lear who at 100 is still working and looking for his next sitcom classic. Ruth Buzzy turned 82; she looked 82 forty years ago; Dennis The Menace, Jay North is still giving Mr. Wilson fits at 71 while Butch Patrick, the child werewolf Eddie Munster, is 69.

Individual 401(k)s, IRAs and pensions make up about 37% of stock market holdings.

Nice to read in the Wall Street Journal this weekend that Kyiv is recovering. Businesses, including McDonald’s, have started to reopen as the Ukrainian war has moved east to the Donbas region.

Back when men were men, pitchers were real pitchers, and a pitch count was as foreign as AOL, consider this: in 1963 Milwaukee’s Warren Spahn at age 42 threw 201 pitches in a 16 inning complete game 1-0 loss to the Giants. Willie Mays hit a home run to win it. Juan Marichal, a young kid of 25, got the win tossing 227 pitches in 16 frames. No babying these guys. Five days later they were back at work with Marichal going seven innings against St. Louis giving up five hits and two runs and taking the loss. Meanwhile, Spahn’s arm stayed warm pitching a five hit shutout against the Colt 45’s. They don’t make ‘em like that anymore.

I’ve been a fan of the game for sixty years and there aren’t many baseball rules I don’t know, but Nick Paciello, a fellow Lifetime Fitness gym rat, taught me that a team must be down by at least six runs before they are allowed to bring a position player in to pitch. I didn’t know that. 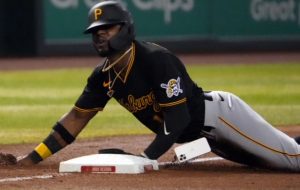 Anybody seen my cell phone?

Pity poor Rodolfo Castro. It’s not bad enough he’s playing in the Pirates minor league system, but when he finally got called up to the big club on Tuesday he became a Verizon commercial waiting to happen. Castro was so excited to get word that he was leaving AAA Indianapolis; the Pirates wanted him to join the team in Phoenix. He was in the line-up that night against the Dbacks. He got to his locker, put his uniform on quickly and made sure he had everything he needed to take the field. Who of us doesn’t just mindlessly throw our cell phone into our pocket? Castro did but it’s against MLB rules to have a phone on the field. Sliding into third base in the fourth inning his phone went flying out of his pocket. “Never did it cross my mind I had my cell phone on me,” Castro said. “I never felt it because my sliding pad was underneath it.” Everyone, including the umpires and Diamondbacks, had a good laugh at the expense of the rookie. The one who won’t be laughing is Castro when the Pirates kangaroo court gets done with him.

The National Baseball Hall of Fame doesn’t always get it right, but they did last month by inducting Dodgers and Mets legend Gil Hodges into Cooperstown. Way overdue.

Downtrodden for years, it’s easy to root for the Baltimore Orioles this year as they make a run for a playoff spot.

How the mighty have fallen part I: Over the last 20 games, the only team in baseball that has a worse record than Yankees are the pitiful Washington Nationals.

How the mighty have fallen part II: It was only five years ago, 2017, that the expansion Vegas Golden Knights turned the hockey world upside down and played for the Stanley Cup championship in their first season. In two of the next four years they made it all the way to the conference finals. Things change in a hurry. What seemed like such a promising future for a team of misfits cast away by other organizations has come back to reality and the ice is melting. Three head coaches, multiple bumbling of salary cap issues, misguided trades and injuries make the Knights no longer Cup contenders but simply low seeded playoff contenders. That won’t play well with a spoiled fan base on the Strip.

Three idiots of the week: #3-San Diego Padres superstar Fernando Tatis Jr. suspended for 80 games for ingesting a banned performance enhancing drug while being treated for ringworm. Tatis is oft injured, in fact he hasn’t played any games this season so what’s another 80? #2- New York Jets quarterback Zach Wilson, who in the first series of a meaningless preseason opener scrambled, turned upfield instead of out of bounds and tore his MCL. He’ll be gone for four weeks and the Jets season opener is in doubt. Being a Jets fan just keeps giving. #1- Novak Djokovic who refuses to be vaccinated and will miss the upcoming U.S. Open. He also skipped the Australian Open in January for the same reason. Tennis fans, who want to see world caliber competition, are the losers.

Who punked HBO and they got even by giving us the Detroit Lions on Hard Knocks?

What was the first album ever on the Billboard Top 100? Back on March 15, 1945, the entitled King Cole Trio album, with Oscar Moore and Johnny Miller joining the 25-year-old Nat King Cole, broke through. The great Mr. Cole died in 1964 at the young age of 45.

I’m convinced if Hillary had won in 2016, Trump would be president today.

While I can’t confirm it, I hear rumblings that President Biden is ready to offer Putin a straight up swap: Kamala for Brittney.

Looking for a live underdog in the 2024 Republican presidential race? While he probably won’t win, Mike Pence, at 27-1, would be a worth a few dollars on the come especially if Trump and DeSantis eliminate each other.

And before you leave the sportsbook, not many surprises on the college football futures board. Alabama is 8-5 to win it all while Ohio State and Georgia are 7-2. Clemson at 10-1, rounds out the anticipated top four.

And finally, summer Las Vegas travelers are proving to be a resilient if not a very cash conscious bunch. In June, Harry Reid International, the name successor to McCarron, had its busiest month ever with 4.7 million passengers passing through the terminals. They paid upgraded seat charges and checked luggage tarriffs, always surging Uber rates and once they got to their hotel they got hit with the trendy and still unexplained ‘resort fees.’ And, it keeps getting worse. Last Saturday you could have reserved a chair for the day at Caesars Palace’s Garden of the Gods Pool Oasis for only $200. What’s a couple of fresh bills for a scathing burn in 105 degree heat? Remember Lila in The Heartbreak Kid? It’s the same price over Labor Day weekend at the neighboring Bellagio. A blue drink with a pretty colored umbrella probably sets you back another fifty. If staying at the Excalibur is not punishment enough, you can pay another $125, seemingly a value as that’s for two pool chairs, not a scant single. And with that package the Excalibur adds “shade, a bucket of ice and cold water.” I’m not making this up. Anyone want to buy a five dollar red chip for six bucks?