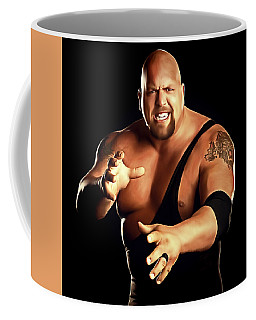 It was the dead of winter, 1992, in Kansas. The days were short, the evenings long. Darkness hit a little after four o’clock each afternoon, when the temps dropped and the winds started to howl. The tallest building in Wichita was two, maybe three stories, so there was nothing to break the wind’s path.

We had moved there about six months earlier, and spent what was the first of eight years in our new hometown where I managed the pari-mutuel racetrack just north of the city.

That winter both Paul Wight and our son, Jason, attended Wichita State University. They didn’t know each other.

Wight had just turned 20 and was a sophomore. He was a student-athlete. At seven feet and an inch, tipping the scales at 315 pounds it was hard to mistake him for anything but a basketball player.

Jason was 12 and by no means much of a student or an athlete. He stood four feet eleven inches and weighed maybe 110 pounds. He was in the fifth grade at Gammon Elementary School. He attended Wichita State a couple of nights a week. Not in any kind of advanced program but inside Levitt Arena, sitting in Section 112, watching Wight and his Shocker teammates play basketball.

“It was pretty tough not to notice him,” Jason recalled. “He was the biggest person I had ever seen in my life!” 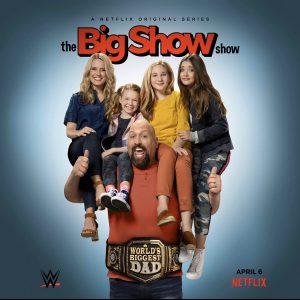 “I needed experience in movement on the court,” Wight remembered. “In high school all I did was stand in the low post and get fed the ball. The college game was so much faster and quicker and coach Cohen wanted me to get a taste of it in junior college.”

He averaged 14 points and six rebounds a game at Northern Oklahoma, not too bad for a seven-footer who never experienced the game played at that speed.

Once he got to Wichita State things took a downturn. The Shockers weren’t very good, finishing 8-20. Wight had a hard time adjusting, averaging six minutes and just two points a game. Cohen was fired before the season ended.

“It was a lousy year,” the big guy said. “I was behind fundamentally and didn’t play that much. I struggled. Not only did my coach get fired but I lost both my dad and granddad that year too.”

He transferred to lower level Southern Illinois University-Edwardsville before a knee injury ended his playing days. So it was back to Wichita where his sister lived.

And Wight did what most seven feet, now up to 350 pounds and still growing guys would do — he worked as a bouncer, a bounty hunter, a car salesman, and loaded karaoke equipment into trucks for road shows. It was during one of those karaoke deliveries to Chicago that he got the break of his life.

“I met Hulk Hogan one day in 1994 when we were in Chicago setting up for a show,” he said. “I was 22 years old and here was this incredible icon who took a liking to me.”

Hogan, the professional wrestling superstar, introduced Wight to the wrestling business, mentoring him in his new pursuit.

‘Show’ got up over 400 pounds and wrestled professionally for the next 21 years. In that span he won 18 world championship title belts. That’s more belts than Jos. A. Bank has in inventory.

Jason, meanwhile, didn’t quite have the athletic career Big Show did. He wanted to play hockey, but that idea was iced when he found out he needed to learn how to skate. During his senior year in high school Jason was the catcher on the school’s baseball team that finished 0-18. He did venture into wrestling but only for one match. In 1999 he was the president of his senior class, his brother, Scott, was president of the freshman class at Wichita’s private Independent School. During a student council meeting they got into a fight with blows exchanged. With each other. That’s something not even McConnell and Schumer have done, yet. But their political differences don’t run as deep as brothers at a high school council meeting. Needless to say my wife, Andi, and I were really proud when that call came from the principal.

While Big Show was making a name for himself in the ring, Jason, bruises healed, was going to school at the University of Kansas, 160 miles northeast of Wichita in Lawrence. He was a theater and film major. It took him five and a half years to graduate, not because he was a bad student, but because he always found a way of doing just enough to make sure he stayed in school for one more basketball season. Finally, his college benefactor, me, said enough was enough. He got his degree in August 2005.

Jason went off to a career in Hollywood. At that time television was hot so he traded in his film aspirations for television writing. He got knocked around for a while, as almost everyone does, before landing a writer’s assistant position on USA Network’s Psych for four years. He then moved on to network shows Happy Endings and LA to Vegas with writing credits on each.

At Psych Jason was fortunate to work with Josh Bycel, the show’s co-executive producer who’s ten years Jason’s senior. Bycel took a liking to the kid and brought him along to work on Happy Endings and LA to Vegas. When LA to Vegas was canceled by ABC in 2018, Jason told Bycel of an idea he had for a sitcom that revolved around wrestling, something Jason has been following since he was a kid. 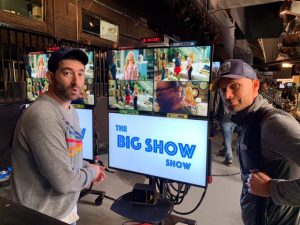 “Josh liked the idea and took it to his agent who told him the only way to get it done was to contact the WWE (formerly WWF),” Jason said. “WWE Studios are here in LA and they handle the television and movies for the WWE. They told us they loved the idea and, in fact, had a similar concept they were mulling over featuring Big Show.

“So, we left and started writing a story that featured Show,” Jason continued. “WWE took it to Netflix who liked the idea. We then went back in with the WWE to Netflix to pitch the story and just about a year ago we got the green light that it was a go.” Finally, twenty-three years later, those Wichita alums — Jason Berger and Paul Wight — finally met, not on the Wichita State campus, but in a Paramount Studios production office.

Acting is no stranger to Big Show. He’s appeared in eight movies and has had more television roles, guest spots and game shows than he has championship belts in his Miami home.

“For me, getting into motion pictures and television acting was a natural transition,” Show, 48, said. “In wrestling I was portraying a character with physicality. Now I get to do it without getting hurt.”

But there was one memorable television appearance that shook the mat for him.

“I was on Saturday Night Live in 2000 in a show that The Rock was hosting,” Show recalled. “I saw and felt the buzz of working with a live audience. It was a lot like wrestling in front of thousands of fans. I told Vince McMahon that I need a show like that.

“I guess, twenty years later, the stars and universe finally aligned for me,” he chuckled.

The Big Show Show starts streaming globally tomorrow, April 6, on Netflix. Unfortunately, however, if you happen to be in China, North Korea, Syria or Crimea you won’t get it. They are the only four places in the world without Netflix. The rest of the planet will see a wholesome, family comedy set in Tampa that will appeal to all generations. The story line is about a recently retired professional wrestler as he makes the adjustment to home life with three daughters and a realtor wife.

The eight-episode first season was shot in front of a live audience at Paramount on iconic Stage 25 which also was the home set for: The Lucy Show, Here’s Lucy, Bosom Buddies, Cheers and Frazier. It’s known as a “lucky stage” because of its long-running shows. Let’s hope the streak continues.

“This show is different for me for many reasons,” Big Show said. “This is my show. It’s my wrestling character interacting with family and life outside the ring. I’ve always been the big monster in the ring but, to be put in a spot where there is family interaction is really something exciting for me.”

Allison Munn (That 70’s Show; What I Like About You) plays his wife, Cassy, while Reylynn Caster, Lily Brooks O’Briant and Juliet Donenfeld are the daughters. Jaleel White, “Urkel” from Family Matters, appears in half of the episodes. Ironically Caster, 17, who plays the oldest daughter, Lola, was born and raised in — you guessed it — Wichita, Kansas. She even showed up on set for rehearsals wearing a Wichita Thunder hockey jersey.

“All the girls were incredible to work with, I think their talent will blow people’s minds,” Big Show, a real-life father of a 22-year-old daughter, said. “I was also really blessed to work with Allison Munn. It was an education for me and she is one heck of a teacher. Her leadership is exceptional. Jason and Josh (Bycel) made me work. They didn’t let me mail it in. They made me a better actor and I respect them both very much and their approach to the show.”

For Jason, 39, Monday’s debut will be a long way from Wichita and watching Wight clank layups. He has the dual titles of executive producer and co-creator of his own television sitcom. Pretty exciting for his parents, too. 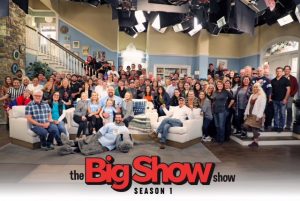 It truly takes a village to get a family sitcom on the air. The staff, crew and talent of The Big Show Show gather after wrapping up the first season. That’s Jason in front, for some reason, wearing a manatee costume.

“My career will probably change overnight because of this. At least I hope it does,” Jason laughed. “When I see this on the air it will be a mixture of joy and relief because I still can’t believe it’s going to happen. It’s that much more special being able to do it with Josh. But I know I’ll immediately start dissecting what we did right and what we need to improve upon.”

“He’s super easy to deal with. He’s no bullshit and never a problem. He feeds off the audience. We wrote the script playing to his strengths and I think it worked well,” Jason said and then had to add, “I’ll tell you this, he’s a much better actor than he was a basketball player.”

As usual, as in the ring, Big Show had the last word.

“I would trade it all for the country not to be going through what we are with the coronavirus right now, I really would. I’d like to put that damn thing in a submission hold” Show, truly a gentle giant, said. “Hopefully our show will give people a chance to forget about things and laugh and smile for a few minutes. For me, that’s the ultimate victory.”

Nope, we’re not in Kansas anymore.