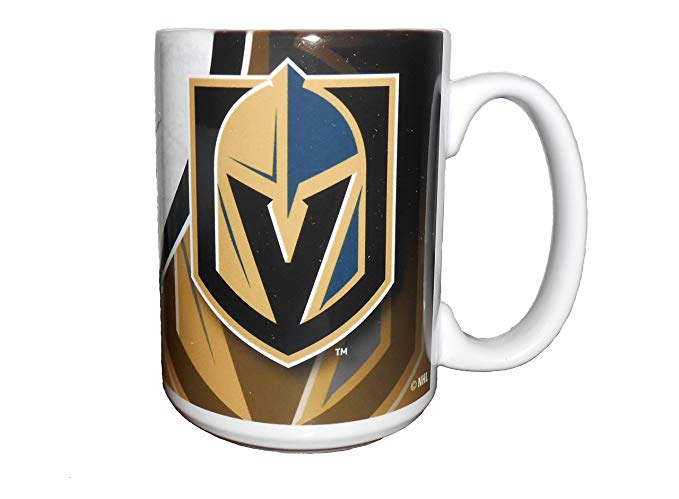 The hockey season in Las Vegas ended with a thud on Tuesday night.

Two years ago that might have gotten a shoulder shrug and a yawn.  At best.  It might have meant the ten-year olds playing at a dimly lit, cozy rink on W. Flamingo ran out of ice time and now mom and dad can sleep in on weekends.

But things changed for the sport and the city in the icy-hot heat of the desert on October 1, 2017.  That was the night fifty-eight innocent country music concert goers were gunned down while having a good time at the Route 91 Harvest Festival, across Las Vegas Blvd. from the Mandalay Bay resort, where the shots originated.

Vegas was in a state of shock.  Once you get off The Strip or Fremont Street, Las Vegas and it’s two million residents are a community.  A very vibrant and caring community.  You don’t see it from inside a convention hall at Bellagio or poolside at Caesar’s.  You can feel it instantly, even if you’ve only lived here for only seven months like we have.

Ten days after the shooting and with the community still in a funk the Vegas Golden Knights, a National Hockey League expansion team, was set to make its home debut at T-Mobile Arena, less than a mile north of the concert site. T-Mobile sits in a previously unused patch of desert recessed behind New York-New York and the old Monte Carlo, now rebranded as ParkMGM.

Opening night for the Knights was going to be a success no matter what. More than 13,200 season tickets were sold and the 17,367 seat arena was going to be jam packed.  The naysayers questioned what kind of support the team would have afterwards.

However, something incredible happened between the October 1 shooting and the October 10 puck-drop.  Vegas Strong was born.  The community rallied behind the families who suffered their ultimate loss and the over 800 wounded.  Las Vegas, a tourism community split by aces at a hotel blackjack table, doubled down with care.  The Golden Knights rose to the occasion, left their practice rink and got out in the community showing incredible concern and benevolence. They understood that this was bigger than a hockey game.

The Golden Knights, the brainchild of Texas-born  attorney/banker/winemaker Bill Foley, soon became the most successful expansion team ever in sports, both on and off the ice. He is a West Point graduate nee the moniker Knights.

Mr. Foley, the majority owner, played it right.  Instead of settling for and relocating an existing troubled franchise to the desert, he jumped through every hoop the National Hockey League put in his way and wanted to bring a true expansion team to Las Vegas.  This team wasn’t born and raised elsewhere; they were truly Vegas Born.  Their birth certificate has the Seal of Nevada stamp. Their legal name is not Las Vegas Golden Knights but Vegas Golden Knights. VGK for short.  Vegas Born was Vegas Strong.

Drafting one unprotected player off the rosters of the other thirty NHL teams, the Golden Knights could have easily become the Golden Misfits. However this group defied conventional sports expansion wisdom, had remarkable chemistry and not only won the home opener over Arizona 5-2 but electrified the community making the unlikeliest run to the Stanley Cup finals before watching the Washington Capitals hoist the hardware across the blue line from the MGM Grand.

At a VGK game somewhere after the opening sword fight and a visit from the Blue Man Group or even a Cirque Du Soleil show on ice, a hockey game may actually break out. The season ended too soon last week on a blown call by the officials and an NHL apology.

As good as the chemistry was among the misfits on the ice, it was even better between the team and the city.  This is Vegas’ team, its first ever in professional sports. And they are good. And their games are fun.  It is loud and always a large turnout of visiting team supporters, making it the best road trip in the league.  Games in Vegas can’t start until a center ice sword duel between the Golden Knight and a soon-to-be slain opponent representing the visitors. Between periods you may see a six-minute Cirque show on the ice.  In the stands the Blue Man Group is tossing t- shirts and there’s Elvis, wearing a Knights jersey.  Never take your eyes off the well-endowed woman who sits in your section and wears the skimpy halter top that says “My Cup Size is Stanley.” Oh my. Then there’s the guy who sits near her and writes a Sunday morning blog that could never muster the cojones to ask her for a picture.  Golden Knight games are never dull, no matter the score.

T-Mobile capacity may be listed at 17,367 but at every game, the Knights have at least 1,000 more with standing room.  They actually played to 106% of capacity this season.   All practices, all the time, are open to the public at their City National Arena practice facility in Summerlin and it is always packed with a couple thousand fanatics.  The Knights created something called the “Can’t Wait List”, for those who want those impossible-to-get season tickets.  A hundred bucks gets you a place on the list and some hope that within the next five, six or ten years you’ll reach the top.  In fact, that five-year-old playing street hockey off Decatur and Sahara may get a couple of seats by his bar mitzvah.

Kids are playing the game all over town. Adults too, but not without a beer between periods.  Junior teams are coming to Vegas to play tournaments from around the world.  City National Arena has two sheets of ice and crosstown in Henderson, out of need, two more are being built.  It still won’t be enough.

Golden Knights hockey in Las Vegas is bigger than Alabama football in Birmingham. I would never have believed it if I didn’t live and see it in both places. The Knights are a professional team set in a collegiate atmosphere.  It’s the Packers in Green Bay.  In Vegas everywhere you go someone is wearing Knights paraphernalia.  Knights banners are in restaurants and stores all over town, from the schlockiest to the most divine. Good luck finding a car without a VGK license plate (32,000 recently issued vanity plates have already been registered), license plate holder or sticker.  Birmigham was divided between Bama, Auburn, UAB and other SEC schools.  Vegas is Knights country. Everybody talks about them. Conversations don’t end in Roll Tide or War Eagle.  They begin and end in Go Knights Go. All over town. Our tough guy even has his own brew on the beer aisle. And it sells. Stores have jersey and ticket giveaways everywhere you look.  Game watch parties on the Strip draw thousands. Vegas Born is Vegas Strong.

Two years ago virtually nobody out here could tell you the difference between offside and icing. Today, while maybe not as fluent as Barry Lieberman over in Section 20 who like me grew up a staunch New York Rangers fan in the sixties, most Vegas hockey fans have become conversational about the nuances of the sport. The Knights players are friends you never met.  You sit around and talk about Marchy, Flower, Patches, Wild Bill, Reavo, PEB, Stoney, Smitty, Schmiddy and Suuub like they are neighbors. Which of course they are.  They are all over the community doing things that millionaires as a rule don’t. They are giving back to a town that still needs caring. And in return, we care about them.  Much more than any other place I’ve ever been.

Everyone was lit up like The Mirage on New Year’s Eve last season during the incredibly improbable Stanley Cup run.  The only ones that wanted it to end were Andi and me.  We were still in Alabama, ready to move but had a Knight renting our house so we couldn’t get in and begin renovations until the Cup chase ended.  All were disappointed in the loss to Washington but everyone understood the script was unprecented in sports.  The Golden Misfits were almost the golden children. Actually, they were.

Nobody was ready for this season to crash when it unceremoniously did last week.  The Knights took a three games to one lead over San Jose in the best-of-seven first round of the playoffs, couldn’t close out games five or six and then squandered a 3-0 lead with ten minutes remaining in deciding Game 7.  A bad, bad penalty call, on par with the Saints-Rams non-pass interference that really was, or the Miami-Ohio State pass interference that really wasn’t, or the Don Denkinger 1985 Cards-Royals World Series safe at first call which was really an out. The blown Knights penalty call led to their collapse as San Jose poured in four goals in four minutes on an extended power play. But the bottom line was the boys had a chance to advance, should have, but didn’t get the job done.  That’s not the popular opinion out here, where more people feel like the officials took it from us.  But the reality is Vegas born wasn’t Vegas strong when they had to be to win a hockey game.

The NHL playoffs are just beginning the second round. But not in Las Vegas.  There is a pall over this community that began Wednesday morning and still hasn’t eased.  In fact, it has now turned to anger helped by the NHL’s admission the officials made a mistake on the disastrous Knights penalty call.  There is something in our lives that all of a sudden is missing; taken from us. It will be a long, hot summer in the desert without ice.

Meanwhile, everyone here is asking the same question:  when does the hockey season start?