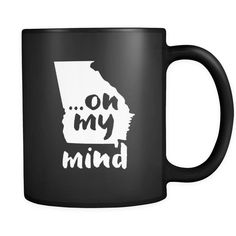 First you pretend to be the conscience of the sport. You decide you don’t like the new voter-reform legislation passed a couple of weeks ago by the Georgia state legislature. So you’ll show them: you pull the July All-Star game from Atlanta. A few days later you sign an agreement with Tencent, one of communist China’s largest tech companies, to stream your games. On one hand you feign concern of voters’ rights and then turn around and reward a country that has no regard for human rights? Speaking of rights, am I right?

So why did you move the All-Star game? Many speculate but nobody seems to know for sure. Word is you didn’t consult with the any of your 30 franchise owners. Or the players’ union. You just acted unilaterally, which is in your power to do. Did your sponsors influence you or is this just a preemptive strike for the blowback you fear may or may not happen three months from now?

The NBA played its All-Star game in Atlanta five weeks ago. At that point voter-reform legislation had been introduced but not passed. Commissioner Adam Silver dedicated the game to the HBCU – Historically Black Colleges and Universities – generating over $3 million in scholarship funds. All the players chosen for the game were there. The positives outshined any negative. The NBA is fan and society savvy. 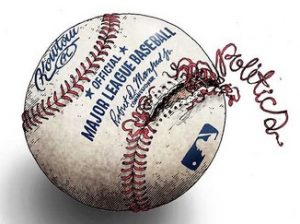 MLB clearly is not without enough issues of its own. The last thing they needed to do was get involved in politics outside of their strike zone.

Baseball is a sport in which interest wanes year after year. Games get uncomfortably longer each season. They are constantly tinkering with the same rules that once upon a time made it king of the hill. Plus, before the 2022 season begins, baseball is on the verge of what might become the longest and ugliest labor dispute in sports history.

And now they want to tell Georgia how to run politics? Georgia’s issues are for Georgians to resolve. Not Major League Baseball.

The Republican Georgia legislature passed a voter-reform bill a couple of weeks ago that Democrats said was really voter suppression. Dems claim it was aimed at making it harder for minorities to vote; a retaliatory act for helping send Joe Biden to the White House. Georgia Republicans counter that the new legislation presents more voting opportunities than exist in Delaware and New York and is much more voter-friendly to Georgians than the restrictions that were in place in 2019.

MLB and Mr. Manfred decided to get caught in the fray and express their disapproval. They told Governor Brian Kemp, and the rest of the Republicans, they didn’t like Georgia’s new voting law and pulled the July 13 All-Star Game from Atlanta. It was gone quicker than the wind. According to a statement from Manfred, “The best way to demonstrate our values as a sport is by relocating this year’s All-Star Game.” Based upon that thought process maybe the best way for Manfred, a registered Republican, to demonstrate his values is by resigning his coveted membership from the racially challenged Augusta National Golf Club. Of course, that won’t happen.

All this decision does is inflict economic hurt on one of the great cities of this country which doesn’t need to get battered any more than it already has. This is an intramural Georgia fight; whatever baseball does, short of trying to educate voters, won’t have any influence on the ultimate outcome of the issue.

Once the Atlanta Braves found out they weren’t hosting the All-Star game any longer, they immediately renounced the news in a terse statement:

“This was neither our decision, nor our recommendation and we are saddened that fans will not be able to see this event in our city. Unfortunately, business, employees and fans in Georgia are victims of this decision.”

Former MLB Commissioner Fay Vincent, who oversaw the game from 1989-92 was just as vocal in a succinct op-ed piece he wrote for the Wall Street Journal this past Thursday:

“Major League Baseball can’t become a weapon in the culture wars, a hostage for one political party or ideology. It can’t be openly for the rich or the poor, nor can it be for one race, as it was until 1947. Baseball must always stand above politics and its dark elements of corruption, greed and sordid selfishness. It can’t go wrong by standing for national greatness.”

You know who really gets hurt by this though? It’s the stadium workers and local vendors. It’s all the ancillary industry in Atlanta and Georgia that depends on tourism. Estimates are that pulling the game out of Atlanta will have about a $100 million hit on the city and state. Perhaps most importantly, it’s the innocent Atlanta baseball fans left in the on-deck circle. Some have literally waited a lifetime for an event like the All-Star Game to come to their backyard.

Take Ross Boardman for example. He is the demographic MLB needs for its future once we cigar chompers head for the great clubhouse above. Ross is 28 years old: Atlanta born and raised, a CPA and a Braves fan since that first plastic bat was tossed into his crib. 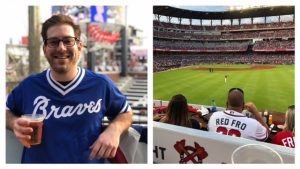 Boardman’s seats at Truist Park are perfect for a Home Run Derby.

Boardman has also been a Braves season ticket holder for five years. He and a friend split two seats for the entire season. That’s a pretty big monetary and social commitment for a single guy with a demanding career.

“I’ve been looking forward to the All-Star Game being here since it was first announced two years ago,” he said and added, “Part of our whole plan in buying season tickets was some big events like this and of course the World Series as soon as the Braves get there, which will be soon.”

The game has been officially yanked from Atlanta’s Truist Park, where Boardman had expected to be joined by 41,083 other diehards in welcoming the best players of the sport to their town and stadium. Instead, MLB moved the game to Denver which seemingly has a friendlier political climate for Mr. Manfred.

“We paid $750 each for All-Star tickets. That included the game, the Home Run Derby and some interactive fan events during the week,” Boardman lamented. “I was probably most excited about the Home Run Derby because our seats are in right field, two rows off the field, prime homer territory. Definitely the best seats you can get for the Derby!”

Watching the game being played at Coors Field in Denver from his living room won’t do it for Boardman.

“In general, I’m definitely upset but I’m confused with whom I should be upset,” the University of Alabama graduate continued. “I’m not upset with the Braves, but I am pissed off at MLB for pulling the game for what appears to be the sake of just moving the game out of here. I think they just wanted to create a lot of noise. I’m also upset at Governor Kemp for signing the legislation. I do know this whole thing isn’t a very good look for a city that I love.”

This year’s game in Atlanta was also going to be special. It was slated to be a tribute to the greatest Brave ever, Hank Aaron, who died this past January 22. MLB says they will also move the tribute to Denver; ironic because Denver never had a major league franchise during Aaron’s career. He never played there. It’s like moving a Jimmy Carter testimonial from Plains to Boise.

“Hank Aaron should be for us,” a chaffed Boardman said. “I want to celebrate Hank Aaron, not watch it happen somewhere else.”

If the situation in Georgia is just too despicable for Manfred and baseball truly wanted to honor the game and Aaron, why not move this year’s event to Aaron’s birthplace — Mobile, Alabama — and play it in a stadium, ironically enough, named Hank Aaron Stadium? 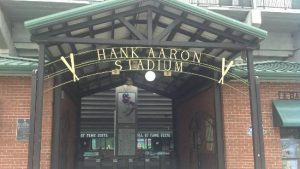 Until a couple of years ago Mobile used to be the home of an AA franchise, the BayBears. The stadium was built in 1997 and holds 6,000 fans. Rent a couple of folding chairs and throw some blankets on the lawn and maybe you can cram in a thousand more. Forget the dollars for a night and celebrate the sport. An intimate setting that would be an economic godsend to a community that was always dear to Mr. Aaron. There’s not a player in the game that would balk. And what a place to host the Home Run Derby – a salute to the greatest non-juiced home run hitter of them all. It would be electric.

Retired pitcher David Wells said on Friday because of what MLB did to the city of Atlanta he’s done with the game: won’t watch it, won’t attend. I’ve also heard from a handful of long-time baseball fans, “That’s it, no more for me.” They don’t mean it, but it’s also not good they are thinking it. Taking the game to Mobile would have been a huge positive public relations spin for a business that undeniably needs it now more than ever. Instead, MLB said, let’s just go to Denver.

In the meantime, baseball could and should leave Georgia’s politics to Georgians. A state that was once politically as red as Tiger’s shirt on a Sunday Augusta afternoon has turned purple: red inside the lines with a Republican governor and legislature and shockingly blue outside the boundaries with two Democratic senators and support for a Democratic president. That hasn’t happened since General Sherman marched through traffic at the intersection of I-75 and Peachtree Street.

If Georgians really care as much about so-called voter suppression as MLB pretends they do, there are four voting cycles over the next four years for them to take action: to toss out at home the present lawmakers and replace them off the bench with those more to the electorates’ liking. Or maybe, as a whole, the state is happy with what they have? If you want to vote in Georgia, even under the new law, you’ll find a way. Bottom line is let the populous decide.

It’s their issue, MLB. Not yours. Take your ball and leave the field.