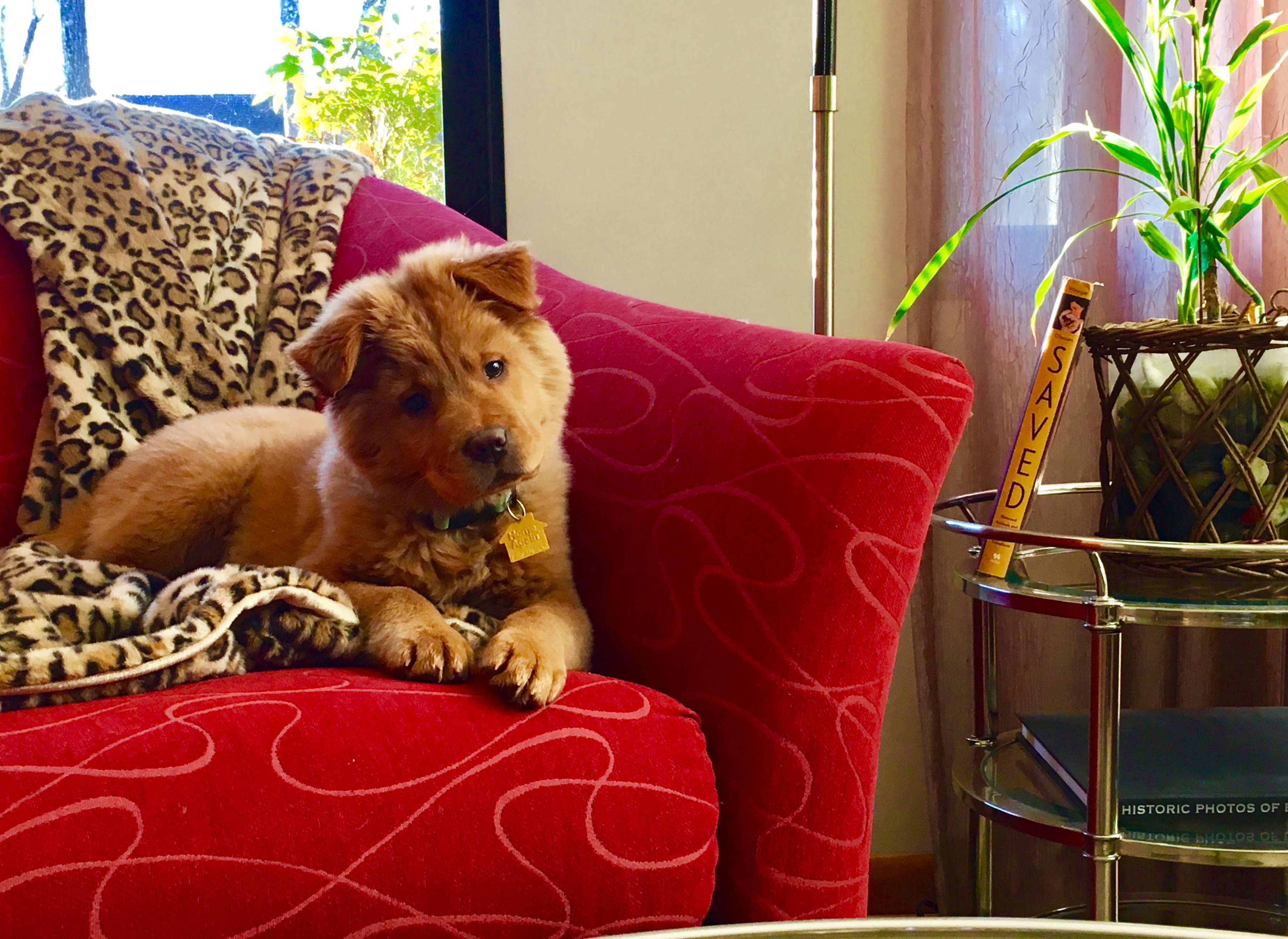 With one swing of Mike LaValliere’s bat, Steve Carlton’s days as a Philadelphia Phillie were about to end.

With one snap decision of LaValliere’s managing mind, my days as a Pittsburgh Pirate might be over too.

When the light-stick, all-glove, gritty eleven-year big league catcher took Carlton deep on a beautiful baseball afternoon in 1986, one of only eighteen homers he hit in his career, Philadelphia realized if LaValliere can take the four time Cy Young Award deep, Carlton’s best days were behind him. A day or two later, they released the future Hall of Famer.

It’s now eleven baseball fantasy camps on the scoreboard for me since 2010, when I went for the first and what I was sure was going to be the last time.

Eleven baseball camps are now in the books for me as 2017 Pirates camp concluded Saturday: six with the Pirates, four with the Yankees and one with the Tigers. I too got the message via LaValliere that it might be time to move on.

I don’t want to blow my own tooter here but for sixty-four years old I know I’m one of the better first baseman in the country among the group that has to enroll in Medicare this calendar year. This Pirates camp I had ten hits in 22 at-bats, six RBI, and five runs scored, which meant circling the bases way more than I wanted to. I also had a couple of very exhausting doubles that anyone short of using a walker would have turned into triples. That’s a nifty .455, which at my age is normally dinner time and not a batting average.

And even though LaValliere sent me a message loud and clear, I wasn’t going to let it ruin my week. I had too much fun. Old guys like me shouldn’t be able to turn off the world’s noise and only worry about being able to bend down far enough to not only stop a ground ball but be able to get back up again; or not becoming too cognitively disoriented by trying to get under a pop fly or trying to time a forty mile an hour change up with a legal weapon in our hands. But I shut out the television and newspapers and all the other static of life and get so preoccupied I even forget to take my daily scripts. Oh well. The only distraction I had all week from playing baseball and enjoying the ninety-two other geezers in Bradenton, Florida was dealing with what was proving to be a changing domestic situation back in Birmingham.

LaValliere, Spanky to the baseball world, had been a major league catcher for eleven years starting his career in Philadelphia in 1984 and ending it as a White Sox in ’95. Sandwiched in-between was six years and his main notoriety as a Pirate. We have become friends over the years and this was the second time I played for him as my camp manager and third straight year I played for his coaching assistant, former Pirates second baseman Jose ‘Chico’ Lind, one of the really good guys who give their time and patience and baseball knowledge to help make our week special.

But last Monday morning, in only our second game, Spanky benched me. He told me to stay in the dugout. He was replacing me at first base with arguably one of the more marginal players in camp on a roster of mainly marginal players. This one hurt. We may have been leading 16-0 at the time but it still was very, very humbling. I openly bitched on the bench to anyone within earshot. Finally Spanky had enough. With a scowl he looked over and grumbled loud enough for everyone to hear that he ended Carlton’s career and he’d love to have Berger on his resume too. My replacement proceeded to drop the first two throws to him which opened the door for a seven run inning. For me it was a double whammy. Not only was I humiliated but I also channeled my inner Pete Rose and layed the ten runs we were favored. His errors made the final score to 16-7.

Understand my replacement wasn’t just your ordinary marginal player either. He is a nice enough bloke, about a year younger than me, that takes this stuff more seriously than we should at our age and ability level. After the two dropped throws, he immediately phoned his wife to have her overnight his first baseman’s glove to him. I’m really not sure how you don’t pack that to begin with? This was a guy that billed himself as a switch hitter but batted righty against right handed pitchers and lefty against left handlers. He’s a real smart guy with a successful finance career but he must have flunked elementary Sabermetrics. This was a guy that wore his batting helmet ear flap over his back ear. This was a guy who tucked his baseball pants under his socks– something that escaped Yves St. Laurent’s portfolio. This was a guy who, when playing right field and a fly ball was headed his way, immediately removed his cap and trapped the ball with his hat, an automatic triple. Former Pittsburgh and Texas slugger Al Oliver was coaching first base. AO looked at me and said, “In all my years in baseball, everytime I think I’ve seen it all, something else happens. That’s a first for me!”

Our friend was honored with the week’s blooper award at the closing dinner. Yes, this was the guy LaValliere sent in to replace me.

Later that same day, in the afternoon game of a doubleheader, Spanky’s sanity returned and he started me back at my familiar confines of first base. But it didn’t work out exactly the way I hoped. By the end of the day I was facing a sexual assault charge.

Julie is one of the few ladies that play baseball with us old-timers. She has been doing it for eighteen years, ever since she came to Bradenton to watch her late dad play and she said to herself “I can do that too.” The native Californian is a catcher and one of the best in camp. Her ninety pounds doesn’t make her a deep ball threat but the attractive, mid-fifties, blonde who now calls Fiji (yep Fiji) home has all the grit and determination of a three hundred pound construction site driller. Her desire to win is as tough as anyone.

Julie hit a ground ball to my four-time teammate and friend Mike Labanowski at shortstop. Labs’ throw pulled me off the base, up the line toward home, and instead of tagging the base, I tagged Julie. I never thought about ninety pounds being so frail. The tag knocked her over, got a whole bunch of groans and taunts from both dugouts and despite immediately helping her up and apologizing, I knew I was in deep shit around camp.

Baseball etiquette says my next time at bat I fully expected to be plunked by a pitch. Fortunately on the mound was Dave Merison, who throws only one pitch– a forty mile an hour change-up. If he hit me, I never felt it.

Explaining my side of the story to Joe Klimchak

Joe Klimchak, the personable Pirates regular season PNC Park in-stadium host, was broadcasting the game for the commerative camp DVD and afterwards gave me a chance to explain myself. Klimchak said the ‘safe’ play would have been to go sideways and tag the base; the ‘smart’ play was to touch Julie. I’m glad he understood.

That night when I told Andi the story she asked me if I got to second base with Julie. I told her no, but at least she never made it to first with me!

The next morning, in kanagaroo court, I was officially charged. Judge Steve Blass said it’s one thing to tag her inappropriately, but it only got worse when I tossed my glove aside and jumped on top of her. Then Blass said it was really over the top when I sat down and smoked a cigarette. He fined me $2 and put me on a three-game probation.

And even though our team finished with five wins against only two losses, we still got knocked out of the playoffs by a head-to-head tiebreaker that worked against us.

So the meaningless one game that was left on the schedule was the perfect spot for me to take my previous 1/3 inning of perfectly pitched baseball and get the starting nod on the mound for us. As previously chronicled I got shelled like the Jersey Shore after high tide, lasting an inning, giving up four runs and now carrying a life ERA of 36.00. The only upside to all of it was my pride hurt more more than my recovering right shoulder.

And the great week, probably the most wonderful week of the year, ended in Sarasota at the Baltimore Orioles camp for the annual inter-camp series. Four Orioles teams traveled to Bradenton and four Pirate camp squads bussed the twenty miles or so to their Buck O’Neill training complex. We were one of the four teams shipped out for the day.

And finally returning home Saturday noon, I got to see in action what has been keeping Andi busy all week. She’s working on the Greater Birmingham Humane Society’s (GBHS) big fundraiser next weekend, the Jazz Cat Ball, and every time she goes down to the shelter she is tempted to pull a Ralph Kramden and bring home a half dozen rescues with her.

Well, the GBHS CEO Allyson Cornelius Black got the better of her a week ago and asked Andi to bring home a three month old chow because “Roy is away and Ibis needs a playmate.” Of course it was only to ‘foster’ until Deuce, as he is now called because he’s a mini-Ibis, can be placed on the transport van to be taken to a new home in Washington DC on Tuesday. Yea, sure, temporary.

I’m guessing not even Mike LaValliere can convince us to put him on the bus.

As they say on the ball field– I think you’re safe at home with us, Deuce!