Not So Super Sunday Anymore 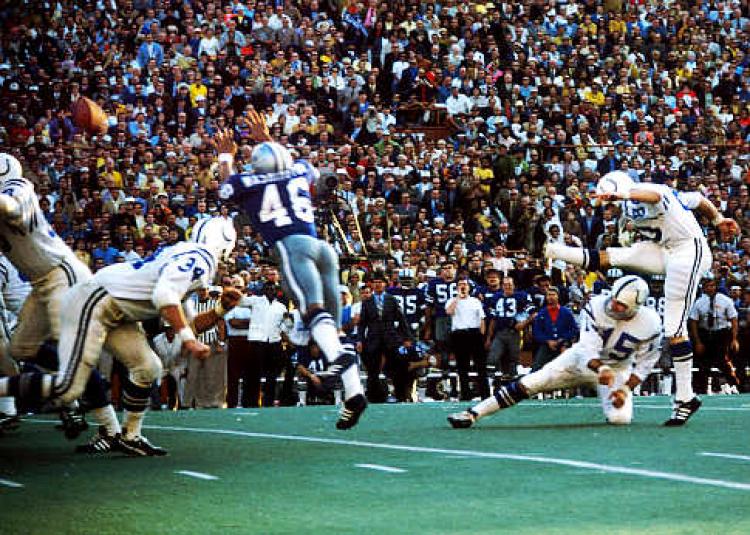 Today is the day I was always in my full glory. Absolute on the rocks with a splash of tonic; a dry cabernet; chips; pigs-in-blankets; a cheese spread; chicken tenders; nicely carved potato skins and about twenty bets– it was like going to a bar-mitzvah reception.

Super Bowl Sunday was my day. I never wanted to watch with groups or at parties or have a bunch of people on our couch. Pretty much the way I still live life today. Instead, it was me, Jason, Scott and Andi, and for the last eight games, Ibis. Deuce makes his big game debut today.

I’ve been to four of them. I’m not sure I can rattle off the years without looking but I remember who played: Dallas-Baltimore; Miami-Dallas; Cincinnati-San Fran and Pittsburgh-Seattle. I even remember where they were: Miami, New Orleans, Miami and Detroit.

And a thing or two about each of the games:

Dallas-Baltimore was Super Bowl V and I peeked at the year- 1971. I was a freshman at Miami and went with a Philly colleague- Sean Gallagher, who had an ashtray in his dorm room piled higher than a Wolfie’s pastrami sandwich of his old cigarette butts. It was very attractive and he wondered why he could never get a date. Baltimore won it 16-13 on a last second field goal by Jim O’Brien. Dallas linebacker Chuck Howley was the MVP, which is all you really need to know about the caliber of play. We sat in the upper deck end zone of the Orange Bowl at $15 a pop. It was sloppy and turnover-laden, eleven of them, but still the closest game of the previous four. It was dubbed the ‘Blunder Bowl’. 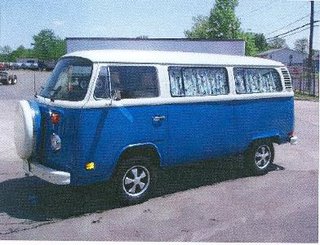 When I was in the back curtains weren’t necessary

The next year our adopted Dolphins won the AFC and a trip to New Orleans to meet the mighty Cowboys. I remember sleeping overnight at the Orange Bowl to get tickets two weeks before the game. We didn’t have to check off any bots or answer any ridiculous online questions that today’s Ticketmaster system uses before giving you access. If you got to the box office that opened at 9 am and there were tickets left, you forked over the same $15 bucks as the year before and about twelve hours after you got there, the clerk handed you your seats. Easy, peasy, the way it should be. Four of us drove to Naw’Lins for the game in a beat up Mod Squad-ish looking van. We went through Florida, Alabama and Mississippi before landing in Louisiana some sixteen hours later. I went with my college girlfriend. We traveled with Jeff and Carole. When I drove, the back of the van kept shaking from Jeff, Carole and the blanket they were under. Thankfully the shocks were tip-top. My companion had never been touched in her life, so when Jeff drove, we read the newspaper and magazines in the back. We didn’t need the blanket. The game was played at the reasonable hour of two in the afternoon in the old, outdoor Tulane Stadium which was nothing but concrete. It was a frigid day, but not quite as cold as the back of the van on the way over. A running back named Duane Thomas ran wild for the Cowboys beating the Dolphins 24-3. The game was so dull that even Jeff and Carole slept on the way home.

Seventeen years separated me from my next Super Bowl but by 1989 the game had turned into an event. The Rooney family, who own the Steelers, provided two tickets to my dad and me and by then face price rose to $100 a pop. The Bengals played the 49ers and all I remember is Billy Joel sang the national anthem. Also I’m glad I didn’t listen to Dad when he said “it’s time to beat the traffic” because we stayed to see Joe Montana hook up with John Taylor with thirty seconds to play and the Niners coming back for a 20-16 win. However we did get caught in the parking lot mess.

And my fourth and seemingly last Super Bowl was eleven years ago in Detroit. My brother Mike won an incentive contest at work and ask me to join him. Of course he asked me after our other brother Kenny said no. I told him “sure, I’d love to.” He then told me the expenses getting there would be mine. I asked “what kind of incentive prize is that?” At least he didn’t charge me the $350 for the ticket he got for nothing. Class act that boy.

The Steelers beat the Seahawks 21-10 at Ford Field on a day so cold it made the van ride to New Orleans in 1972 seem toasty. Of course the cold doesn’t matter much in a dome stadium unless you stand in it for ninety minutes outside the building while trying to get through extra tight security. For the last eighty-nine minutes of that wait, I’d wished Kenny had gone.

So, my Super Bowl days are probably over unless somehow the Jets get there while I can still walk and honor a promise to my son Scott. However, I’m not making any imminent plans with how rotten the franchise has become. If somehow in Scott’s lifetime the green and white get there hopefully he’ll stop by and attach the ticket stub to my headstone. 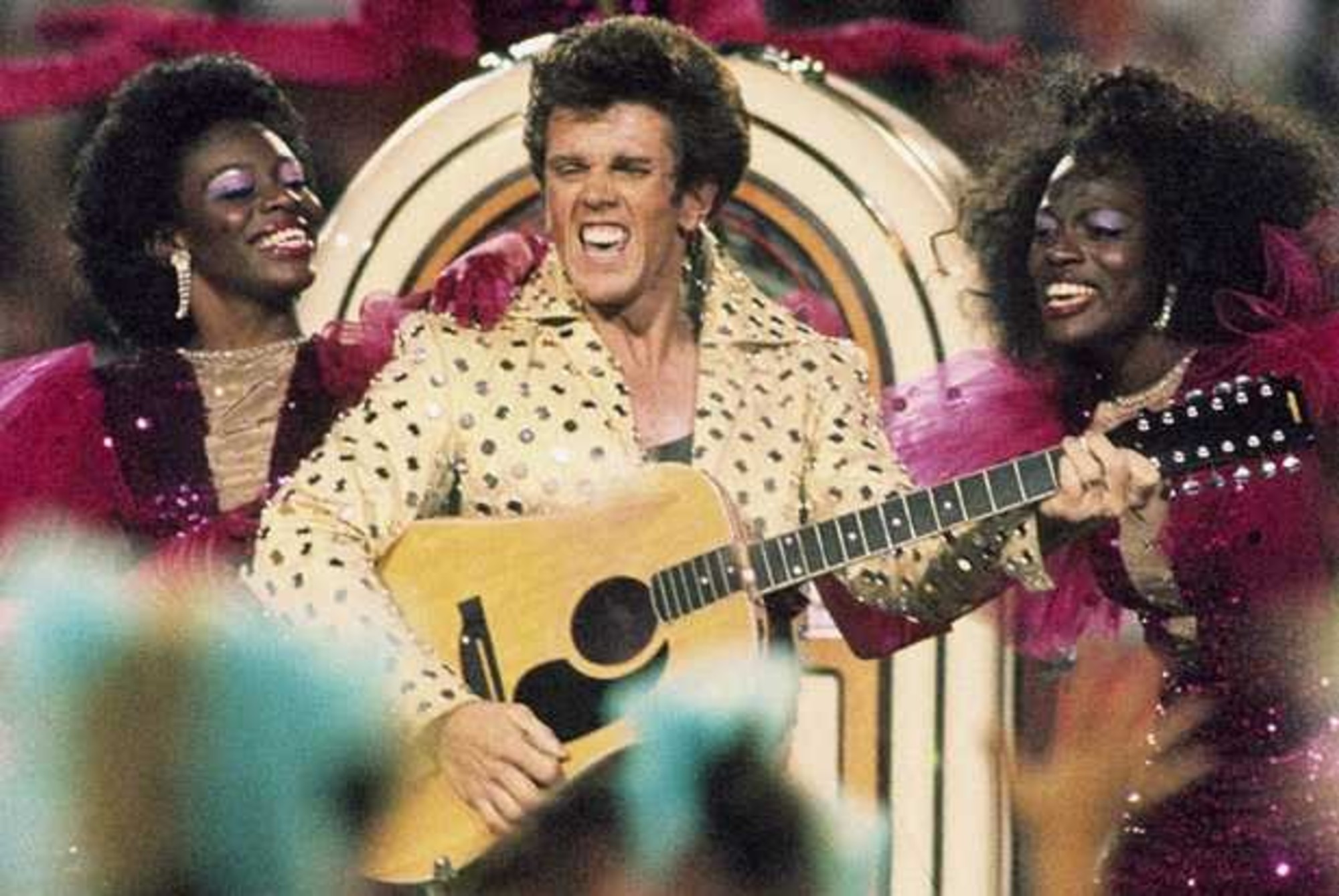 Lady Gaga (a Medjet member by the way) is garnishing headlines for what she may or may not do during halftime. Halftime today is a big deal. It’s twenty-seven minutes long. It’s twelve during the regular season. I got to thinking about my four Super Bowl halftime shows and had to do some researching. l understand if you’re jealous: 1971- The Southeast Missouri State Marching Band; 1972- Ella Fitzgerald, Carol Channing, Al Hirt, the USAFA Cadet Chorale and the U.S. Marine Corps Drill Team; 1989- Elvis Presto. That’s right, Preston; 2006 – a club band called The Rolling Stones, but honestly we were all so damn cold from waiting outside pre-game that the hot chocolate and bourbon line on the concourse hosted most of the halftime attention. But I digress. Correct. Elvis Presto.

Which bring us to today and my changing and waning interest. The game and sports in general don’t mean to me what it did a year ago. On Super Bowl Sunday past, I would wager on everything from the point spread to the over/under to the number of sacks to the number of pass attempts to the longest field goal to would there be a safety or overtime. I’d probably have twenty or so bets in play for about a grand and when it all totaled out I either won or lost a hundred bucks. But I did draw a line. I would never bet on the coin toss. After all I have my standards, you know.

My life flavors have changed and sometimes I have a problem recognizing myself. SportsCenter has become CNN for me. The Wall Street Journal has replaced the USA Today sports section. Most weeks this year I had no idea who was playing Thursday, Sunday or Monday nights unless I looked. I used to be able to rattle off the season schedule. When you don’t gamble on the games, you really don’t care about the games. These days I can’t watch one from beginning to end anymore. A good portion of that I attribute to being a Jets fan. That will make one lose interest in not only the game but food too. My taste in music has gone wayward also.  The SiriusXM dial has moved from the 60s and my generational hits of The Bridge to Willie’s Roadhouse. I have no idea how that happened. I can’t get enough of Merle, Mel Tillis, Ray Price, George Jones, Patsy Cline and the rest of the shit kickers. I’m not joking. That’s not something that should happen to a kid born and raised on Long Island. Maybe living in Alabama for almost twenty years gives me license. And if a Roger Miller song is playing when I pull up to my destination, I stay in the car until it’s over. Dang me, they oughta take a rope and hang me.

So enjoy the game today y’all especially if you paid $2,350 face for a seat on the club level in Houston. I know as a Jets fan and a New Yorker I should be pulling against New England, and I probably do hope Atlanta wins, but frankly I don’t care. It won’t be a life changing event to me one way or another. Willie’s Roadhouse will still be on channel 59 tomorrow.

So, the only over/under I’ll make today is whether I have enough interest, or really care, and make it all the way to the end of the game.

Early odds say I had a better shot of some hanky-panky in the back of the New Orleans van.