The plan didn’t go exactly the way I thought it would, which, they tell me, is why they make erasers. Or these days a delete button.

After graduating from the University of Miami in 1974 with a degree in communications and a resume that included being sports editor and editor-in-chief of the award winning school newspaper, the Miami Hurricane, I was certain I’d be headed back to my native New York to cover the Rangers, Knicks, Jets or Yankees for either the New York Daily News, Post or Newsday. Who knows, maybe if I was really lucky, the staid New York Times would be hot on my trail, too.

Turns out the big problem was I perceived my skill level to be much higher than the sports editors in New York who did the hiring. Not even a nibble. So I stayed in Coral Gables, FL, and wound up working as a general news and sports reporter for a suburban newspaper in the Knight-Ridder chain. Instead of writing about Willis Reed or Joe Namath or Thurman Munson, I found myself covering eight-year old kids jumping over milk cartons channeling their inner Evel Knievel.

A few months later I was tipped about a public relations job that was open at the nearby Hollywood Greyhound Track. Most of the wise-guy students at Miami, including me, knew something about horse racing, greyhound racing or jai-alai. At least we thought we did. We spent too much of our free time at the tracks, almost always monetarily poorer for the experience, which was followed by a phone call to mom and dad for cash. 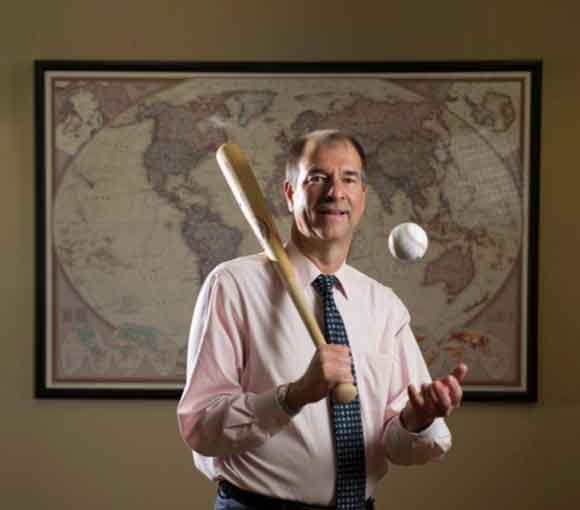 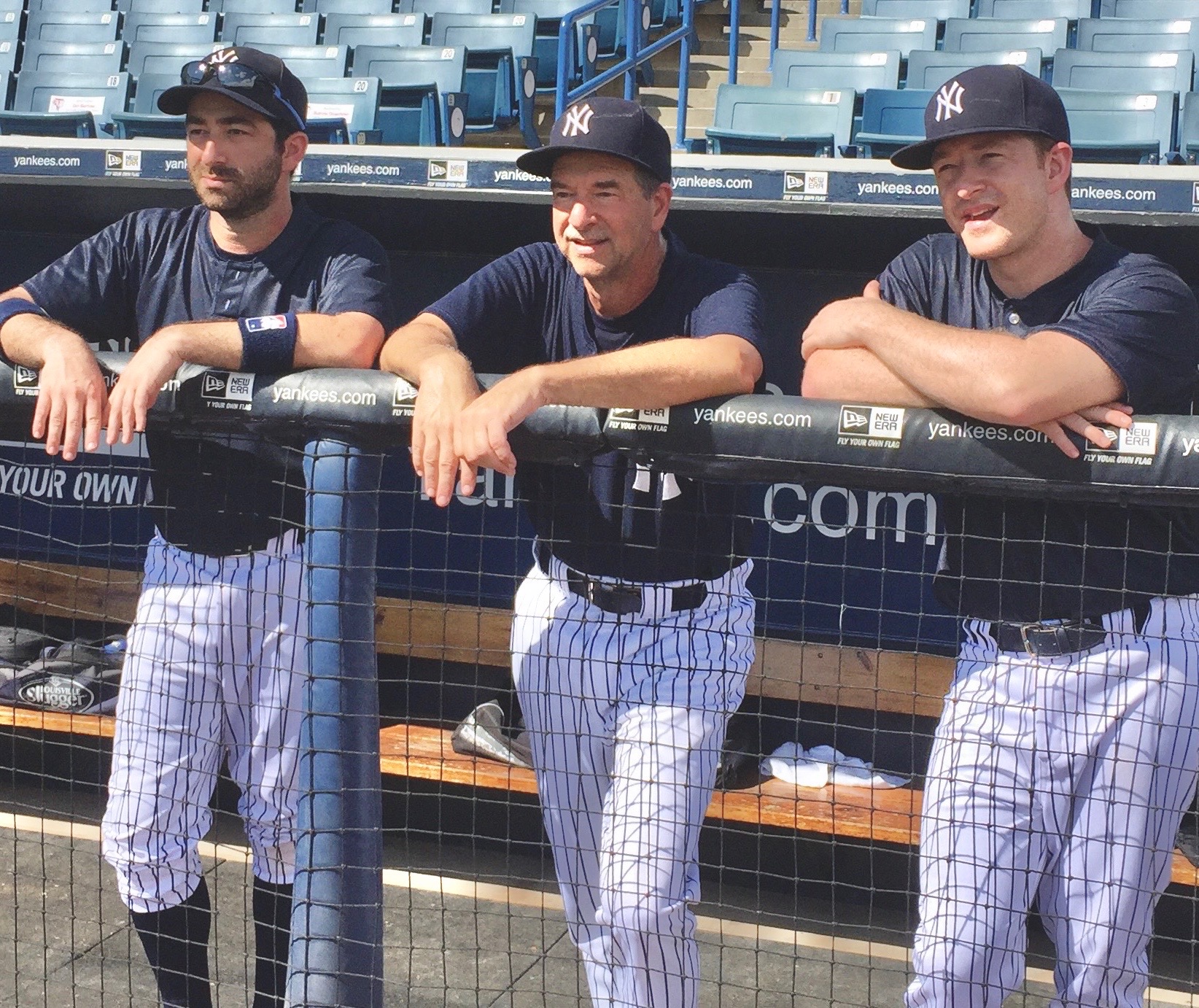 I got the job at Hollywood, leaving behind what I was certain would have been a stellar career in journalism. I spent the next three decades in the pari-mutuel racing industry managing racetracks in seven states. Then, in a career twist in 1998, I was handed the keys to a company called Medjet by its Birmingham, AL, ownership group and told to run it. I had to ask “What is Medjet?” 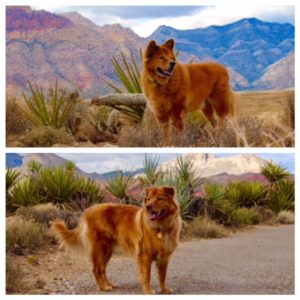 Ibis and Deuce love the Nevada desert landscape and mountains. There are a lot of rabbits to be chased!

Well twenty years later, as its President/CEO, Medjet evolved into the epitome of what a medical assistance membership company should be. We brought comfort and services to thousands of our members around the globe. AARP gave us their coveted endorsement status and we are the proud partner of the National Football League for all their international games. When I retired in 2018, I left behind an incredibly talented and conscientious organization. Medjet is also our Sunday Morning Coffee sponsor. When you get a minute, and certainly before your next trip, international or domestic, make sure you go to Medjet.com and see all the membership offerings.

My home is now Las Vegas. We moved here in 2018, after retiring. Birmingham is a great city but Andi and I wanted to be closer to our kids in Los Angeles. Jason is a television creator/producer/writer in Hollywood and Scott manages a luxury Beverly Hills hotel. We’ve been married almost thirty years and live ten miles west of the Strip in the wonderful community of Summerlin, NV. We are joined by Ibis and Deuce, two former residents of the Greater Birmingham Humane Society, who adopted us. They are a couple of chow mixes who love the desert and mountains as much as we do. Unfortunately, neither of them plays golf to fill out our foursome.

About ten years ago I got the writing itch again and instead of re-applying to the New York dailies that spurned me forty years earlier, I took matters into my own hands and started writing Facebook posts about real-life experiences in sports, politics, business, family, travel, music and things that happened to me that don’t seem to happen to anyone else. More and more people enjoyed the stories and I was encouraged to do it regularly. Thus, Sunday Morning Coffee. 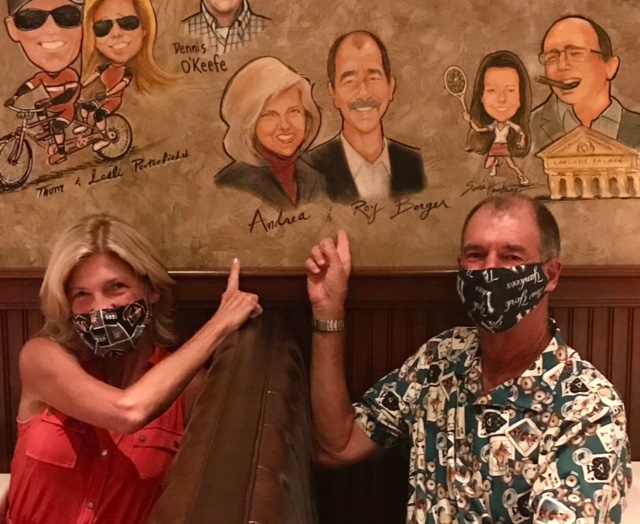 Andi and I remembering what we looked like pre-COVID mask with our wall caricature at the Palm Restaurant in Las Vegas.

I also did some baseball writing- two books- the 2014 Most Wonderful Week of the Year (Most Wonderful Week.com) and three years later with Big League Dream. (Bigleaguedream.com). They were best-sellers among my relatives and can be found on Amazon. Both books revolve around stories of my insane attempts to play baseball in my sixties with ex-major leaguers at MLB fantasy camps.

Thanks for sharing part of your day with us. And if you ever have any comments about a post or an idea, please let me know at info@royberger.com.